Hurricanes are big monsters. Control on these is nearly impossible. It is really difficult to survive during such a tough time as the only place to be is your house or workplace. Here is an abstract based on the survival stories.

Hurricanes are not less than nightmares that last for a week and life during this time is full of adjustments and struggle for survival. But it is strong determination and a little preparation that makes life easier during such difficult times. 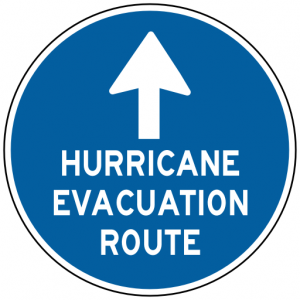 It was the expected time for hurricanes to happen and despite of the necessary arrangements made well on time based on the details available and experience shared with other people, those days are some of the unforgettable ones for all. Experiencing a hurricane starts with heavy dusty winds blowing all the day, these winds are so heavy that even big trees lose their branches and there is a power cut during this time. Roads go empty with the warning and even telephone lines stop to work. People are forced to be all alone and helpless at home. But one thing that saves life of people inside their home are hurricane shutters. The shutters for hurricanes protect the house from strong winds as well as from flying debris. When the shutters take care of dangers outside just like soldiers fighting enemies there are some arrangements that need to be done in order to stay alive until things settle down.

Food arrangement – Arrangement for food is done beforehand with the waring coming in.

But due to power cut, the same also starts going stale. In such a case, packaged food works fine.

Electricity Supply – The worse time during this disaster is at nights as there is no electricity supply so there are issues with cooking and people have sleepless nights as well as all doors and windows were closed in order to stay protected.

Drainage Issue – Adding to the misery is heavy rain that blocks the road and water starts entering the house. There is no place that water can be drained out, as water was not only coming from doors but from the drainage sections.

Due to heavy rain and strong winds, electricity wires too got damaged and the same could pose danger of current flowing in the water on the road and there were reports that people lose their life due to electric shock.

Another worst thing that happens is that the water supply also stops. There is no water supply for at three-four days as due to heavy rain the pipes break and the following the damages the pipelines cannot not be repaired. As things improve and the hurricane settles, people remove hurricane shutters from doors and windows and step out of the houses to see disaster everywhere.

These were the immediate and after effects that are common to all hurricanes. Only a timely and proper precaution and arrangements help people survive. Though the disaster is very common and very repetitive still the survival during these difficult times requires precautions and a very strong determination. This is not just the experience of a single person but more or less of all those who survived hurricanes. There are as many stories as there are survivors.