Hurricane Shutters Types to Minimize the Damages of Hurricanes

Hurricane shutters have truly emerged as one of the most effective ways to minimize the damages of hurricanes and other destructive storms. These shutters are used for providing protection to the houses and other buildings, in order to lessen the devastation. Doors and windows are the most vulnerable areas of any structure that can let a storm ruin the entire structure. Shutters offer the necessary protection` to the windows and the doors, since the flying objects, debris, etc cannot enter inside, during the storm. However, the pressure caused by high-intensity wind can lead to a roof-failure and the chances of the collapse of building increases more when the air pressure is increased due to the broken windows. 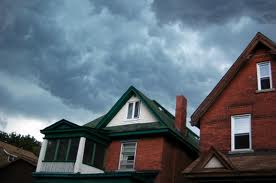 Generally, these are made out of steel or aluminum, but those who face budget constraints, don’t mind in investing in low-cost shutters like plywood. These shutters are fixed at the outer portion of a building or a house, with the help of screws, nut-bolts, hurricane clips, etc. There is also a category of shutters that is controlled by motor, including motorized and manual. Let’s have a glance on the different categories of the hurricane shutters:

Panel system shutter: These kinds of shutters are either constructed out of steel or aluminum. When they are not required, they can be stored in any convenient location. Recently constructed homes feature an exclusive area for storing the storm panels.

Accordion shutter: It is made up of interlocking vertical blades that slip into place in a horizontal manner. They operate through pulling each curtain towards the middle side of the track by latching the curtains together and by locking the handle.

Rolling shutter They are also known as the roll-up shutters. This kind of shutter is comprised of a series of too many slats that build up a curtain, featuring both the sides inserted into guide rails. The curtain is rolled onto a hinge that is covered by housing. It can either be operated manually with a help of gear, by pulling a strap or can be operated through the help of an independent motor. Motorized shutters can either be operated with a help of a switch or a remote or they can be controlled either in groups or individually. However, while investing in a motorized operation, one should ensure that it is equipped with an option of operating through a gear. 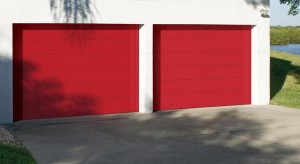 Bahamas shutters: Such kind of shutter is mounted over the top of the window. It can be used for shading purpose when it is open and while it is required, it can be pulled down to cover the window.

Colonials shutter: Such kind of shutter bears a striking resemblance with a wooden shutter with a different that it is made up of aluminum. It hinge on the sidewalls of the window and swing shut, in order to protect the opening.

Apart from the above-mentioned varieties of storm shutters, there also exist plastic shutters, awning shutters, etc. Hurricane fabric coverings are also emerging as an attractive option to minimize the damages of hurricanes. They are made up of polypropylene fibers, laminated or cast PVC or polyamide fibers. Since they are low-cost, thoroughly tested and approved, they have begun gaining popularity.