Solar energy generated by Florida PV solar power panels is an important source of renewable energy, with the possibility of meeting many challenges faced by mankind. Solar power is gaining momentum because of its many benefits to the environment and people and not to mention its versatility. Climate changes are causing serious crises such as hurricanes, flooding and unpredictable weather patterns. The presence of a large amount of carbon dioxide in our atmosphere is creating the acidic oceanic environment; killing off marine life. The surge in temperatures is leading to the rapid melting of polar ice caps, increasing sea levels and reduction in wildlife habitats.

Thankfully, humankind has a solution to counter these devastating problems: solar power. By learning how to harness the sun’s energy, we can reduce our reliance on fossil fuels and leave a smaller carbon footprint.

What is a PV solar panel?

Florida PV solar power panels contain photovoltaics (PV). These are simple devices that are capable of harnessing the sun’s rays. Also called solar cells, they are able to convert solar radiation into electricity. Solar technology has no moving parts which mean it produces no noise or pollution. This is a robust, long-lasting and reliable form of technology. 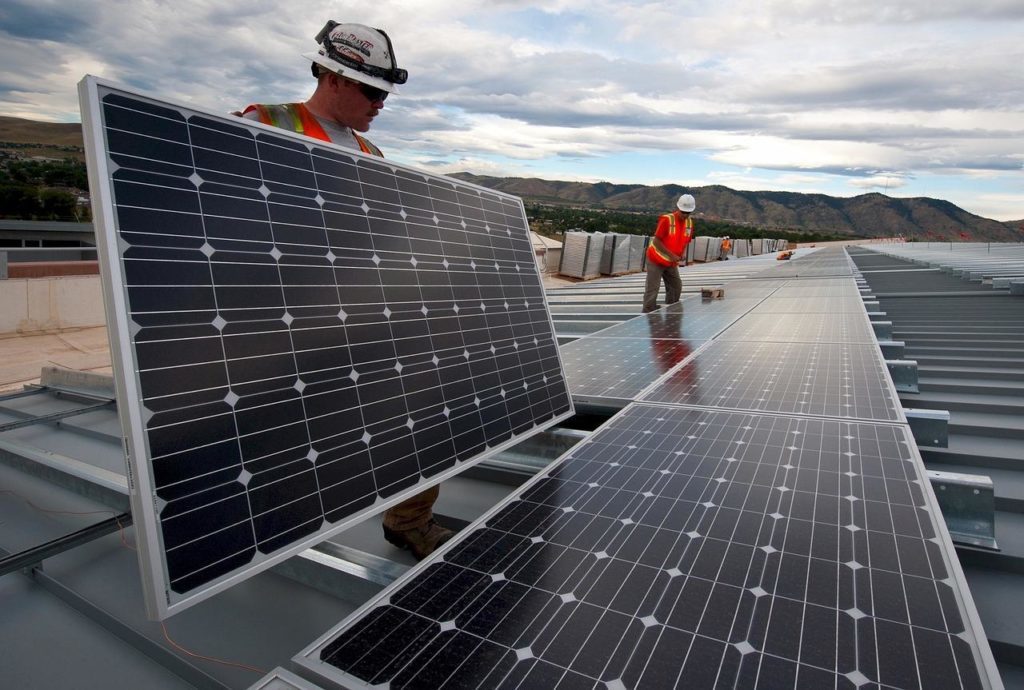 What is the Makeup of a PV cell?

Silicon is the primary component of solar cells. It is a semi-conductor material that is actually very poor at conducting electricity. Therefore it must be doped with impurities so that it can effectively capture solar energy and convert this into electricity. In appearance, each PV cell resembles a sandwich: two slices of semi-conducting material (silicon).

How does a PV Cell operate?

Photons or particles of light knock the electrons free from the atoms, which generates the flow of electricity. Within a single solar panel are many small units of photovoltaic cells which work in unison. To operate effectively, PV cells must establish an electrical field. Opposite charges must be separated by first doping the silicon with other materials, giving each PV sandwich a negative or positive electrical charge. Phosphorous is often used to add extra electrons with a negative charge. In the bottom layer, boron is added to create a positive charge. Together this creates an electrical field at the PN junction which is located between the silicon layers. Basically, when a photon of light knocks the electron free, the charge will push this electron out of the PN junction.

How to go solar?

If you’re interested in taking advantage of all the benefits that Florida PV solar power panels have to offer, contact Property Solutions!