Tropical cyclones are devastating fast circulating storms that has low pressure in the center accompanied by strong winds and a spiral arrangement of a thunderstorm which causes heavy rainfall. Since these cyclones form over tropical oceans, it is referred to as Tropical Cyclone; and cyclone gets it’s name due to the cyclonic nature of the wind. A tropical cyclone has various names such as Hurricane, Typhoon, Cyclonic storm and Tropical depression, the difference of location and strength gives them different names. The cyclones are one of the worst forms of nature’s fury, apart from forceful wind and rain; they also generate high tides, storm surge and tornado. The prime source of energy is ocean surface and evaporating water, and when they reach over the land the energy weakens; thus the effect of cyclones are worst in coastal areas as compared to inland areas.. An “eye” is created when air sinks over a layer very deep that forcefully prevents cloud formation. Though the sea remains violent, weather in the circular shaped eye is calm and free of clouds.

During late summer, the difference in ground temperature and sea surface is maximum, thus tropical cyclones are considered most active in the month of September across the world. The World Meteorological Organization have designated six Regional Specialized Meteorological Centers worldwide which tracks, issues bulletin, warns and gives suggestions to their respective allotted areas. The weather satellites captures visible and infra red images from space in an interval of half-hour to quarter-hour and the Doppler weather radar informs of the storm’s location and intensity at regular interval. Though the reason of formation is yet not clear, ongoing studies reveal few factors which might be held responsible.

Steering Winds: Tropical areas are generally located within 20 degrees of the equator and the winds steer westward by east-to-west trade winds on the equator side of the subtropical ridge. These cyclones can also be steered by various weather systems like low-pressure systems, high-pressure systems, warm fronts, and cold fronts.

Coriolis Effect: The acceleration created by earth’s rotation is called as Coriolis Effect. The accelerations turn the cyclonic systems in the direction of equator, but since it is weak towards equator it gets dragged toward the pole. This effect can also initiate cyclonic rotation but is not solely responsible for high rotations as is in the case of heat of condensation. 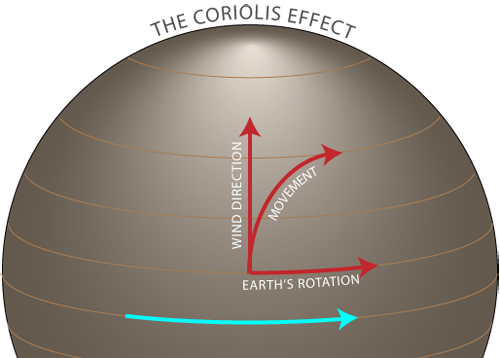 Interaction with mid-latitude Westerly winds: The general track of tropical cyclone on crossing the subtropical ridge is around the high-pressure area, but winds deflect it towards low-pressure area, so when cyclone track is attracted towards pole with an easterly component the cyclone recurvates. 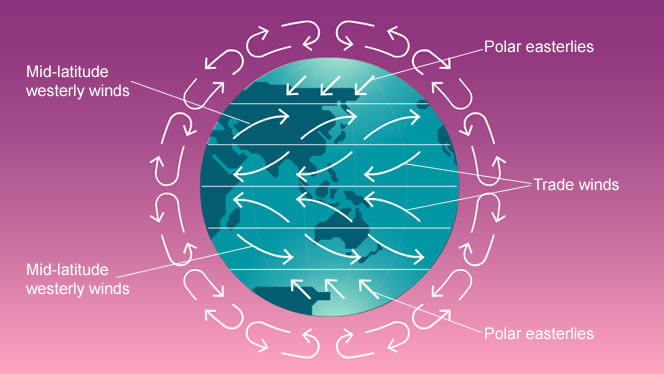 Landfall: The center of circulation of storm crosses coastline is Landfall. The coastal and inland areas experience storm conditions before landfall, and when the cyclone can hit its strongest wind before landfall it is called as “direct hit” on the coast. 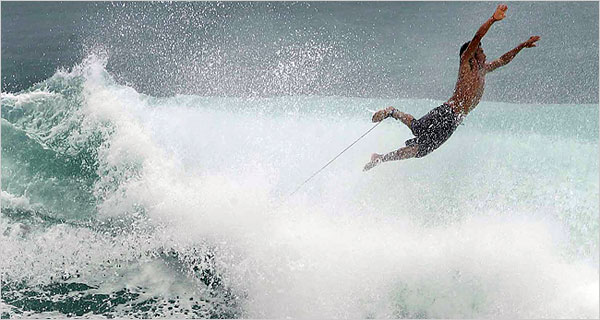 Multiple storm interaction: When two advancing cyclone’s vortices get attracted to each other they merge into the center point and if vortices are of unequal size the larger one dominates the interaction.